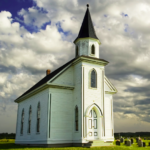 The Christian church has always been distinct in its function and organization compared to any secular institution. However, as times goes on and a younger generation rises to authority, its image is not much different from the world. The modern, hip, and all-inviting church—with its popular Christian music, trendy leaders, holy-ground coffee shops, and Pinterest-inspired nomenclature and decor—disregards the reverence due to God in order to accommodate a hoped-for popularity that is in no way indicative of any type or degree of commitment to Jesus Christ.

With the rise of the cool, there has been an increased trend to segregate congregants by age. Although this has been a common practice in Sunday school classes for many years, this burgeoning of youth groups, college groups, young-adult groups and small groups continues and shows no signs of stopping.


Age segregation in the church is not entirely unfavorable. Children and adults do not learn in the same way. It is profitable for children to learn from the Bible in ways that align with their cognitive development and abilities. Similarly, adults are more capable of understanding and applying the varied complexities of doctrine. The Bible is not limited to David-and-Goliath stories so there is a place for age segregation in the church. A problem takes shape when church members (and mere attenders) are divided again and again until there are no more characteristics left by which to divide them.

Believers in Jesus Christ make up the Body of Christ. In 1 Corinthians 12 the Apostle Paul charts the picture of a body and shows the relationship each member has with the others. Although distinct in their function, the different parts of the body are not further divided into separate categories, and neither should we so divide the members—young and old—of the church.

Besides directly contradicting a primary duty and picture of the church as found in Scripture, this trend (or habit) of segregation that has developed has other effects. Divorce between the ages breeds disparity between the ages. When we continuously separate the young and the old, or even make too many distinctions between the young and the old, we inadvertently declare both groups as having little or no bearing on one another. This, though, is inconsistent with the operation of a body and overlooks the design of the Body of Christ by God. He has put a mixture of people together for a specific purpose; within this unit members learn from one another. Members learn how to work in congruence with other members to contribute to the health of the whole. The body will cease to be a coordinated whole and will begin to fumble without coherence among members.

This fumbling is manifested in the growing number of discontent and unfaithful Christians. Discontentment is bred when believers are required to (for whatever reason) interact and share their lives with others who are not in their age group. The elderly might be looking for serene and conservative, the middle-aged for shared life experiences, and young adults and teenagers for anything trendy and frivolous. Such distinctions are foolish, though, because the elderly were once trendy and frivolous in their own ways, the middle-aged will one day long for the serene, and young adults and youth will have life experiences. Regardless of anyone’s age, such isolation neglects the truth found in Job 12:12: “Wisdom is with the aged, and understanding in length of days.” The fact is older people (no matter how much older) know more than younger people do. This knowledge is not limited to the biblical and spiritual but pertains to all areas of life. Knowledge and wisdom come with age.

So while we foolishly segregate and divide members of our churches so each group has a place and a name and an identity, we forget the way of Christ, which is the cross. The cross means death and death to self. With this death comes a loneliness that can’t be erased by throngs of relevant hipsters but can be eased by others who walk in the same way, a way that is totally at odds with the world.