Shadows of the Trinity in the Old Testament

Is that great doctrine of the Trinity only found in the New Testament and the creeds of the early church? Let us take a moment to examine the Old Testament for shadows and hints to the multipersonal nature of the one being of the God in the Hebrew Scriptures. Interestingly enough beginning in the very first chapter of Genesis we start to see signs of this.

If the first verse of the Bible it says “In the beginning, God created the heavens and the earth.” The word translated into English here as “God” is the Hebrew word “elohiym” (אֱלֹהִים). The word “elohiym” is the generic word in Hebrew for “god” and it is a masculine plural noun. It is used in Hebrew in much the same way as the word “god” is used in English. It can be used to represent the one and true “God” or it can also be used to refer to a false “god”. It’s usage is determined by it’s context in exactly the same way we use the word “god” in English. The thing that is interesting is the word “elohiym” here is the plural form of the masculine singuar noun “elowahh” (אֱלוֹהַּ). This is because the noun “elohiym” ends in the letters “Yod” and “Mem” (י and ם). The letters “Yod” and “Mem” ending a word make singular masculine nouns plural in the same way as “s” and “es” make singular nouns plural in English. The singular noun form of “”elowahh” is used in poetry and in later Hebrew (i.e. Deut 32:15,17) but most of the time the plural form “elohiym” is used when referring to “God”. This is interesting because the very first verse of the Bible already hints at a plurality.

END_OF_DOCUMENT_TOKEN_TO_BE_REPLACED

A Biblical Response to “50 Reasons Why I Don’t Drink” 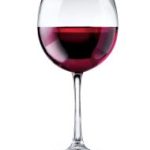 This post is for a Biblical response to an article written by Jamie Morgan on the Charisma News website. Jamie Morgan is a woman lead pastor for the Assemblies of God, Life Church in Williamstown, NJ. The article linked above was posted on Dec 29th, 2015. My intention with writing this article is not to become an apologist for a drinking Christian community but for the purpose of addressing some of the blatantly unBiblical and logical errors that occur in this article. Another point that I want to make clear from the outset is that I have no problem at all with any Christian that has a personal conviction of abstinence when it comes to drinking. I would encourage them in their conviction of this whether they had a personal history of alcohol abuse or not. This is a Romans 14:5 and Colossians 2:16 issue, let each be convinced in his own mind.

END_OF_DOCUMENT_TOKEN_TO_BE_REPLACED

Jason first discusses recently joining Andrew Rappaport on his Google+ hangout, Jason then discusses whether Christians, Muslims and Jews worship the same God. We examine Surah in the Quran to see what Islam says about the God of the Bible. We look into what the Bible says about those who deny the deity of Christ. We look into the types and shadows of the Trinity in the Old Testament.

In this episode Jason finishes up the topic last week on postmodernism and its impact on the Church. Jason then goes into the topic of how unbelievers borrow from the Christian world view. Unbelievers will by necessity have to borrow meaning, purpose, objective morality, uniformity, rationality, human value and dignity, universal laws, objective truth and consciousness from Christianity even though they deny the truthfulness of Christianity.

LBM Podcast 0020 – Postmodernism and the Church

In this episode Jason goes into the problem of postmodernism in Church. The impact it has on the proclamation of the Truth of the Gospel. Jason analyzes a comment made on Facebook and addresses it from a Biblical perspective. He goes into the argument that Christianity is not a religion but a relationship.