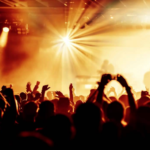 In the 1 Samuel 15 account of Samuel, Saul, and the Amalekites, Saul made the executive decision against God’s command for the Amalekite conquest to keep the Amalekite king and the best of the flocks alive. His attempt to keep any plunder was foiled by Samuel, sent by God. Samuel called Saul out on the bleating of sheep that he heard and confronted him. Then the Lord rejected Saul as king and Samuel took to the gruesome task of hacking Agag to pieces before the Lord—a classic Old Testament object lesson. This is a grotesque account and an awful undertaking for Samuel; but this is the effect of God speaking, man disobeying, and God issuing judgment—a cycle that repeats throughout Scripture, a cycle intensified here by Israel’s sinful desire for a king.

It was sin enough that Israel wanted a king, as though God’s rule was insufficient. To heighten their offense against God, they wanted a king so they could be like the nations (1 Samuel 8). They were happy to wash their hands of God, if you will, and look just like everybody else. There are ripples and tremors throughout the church that echo the same sentiments today. We want to be a church that looks like the nations. So we need paraphernalia, literature, movies, music, and celebrities. We desire to be attractive and draw people in so we paint our face and put on striking clothes with good marketing and branding. We are so convinced and convincing that we forget the ugliness that lies beneath.

Forgetting the ugliness, though, has some dire consequences. Recently, I have read a number of stories (some were legitimate news stories and others were gleaned from Facebook—the never ending source of all gossip) about professing Christians who were either offering their support to others who were blatantly sinning or who were caught in sin. It is not the sin that is surprising in these instances; sin should not be surprising to anyone in mortal flesh. Instead, it is the reactions I have seen from Christians to these people and what they have done. The most surprising and unforeseen reaction of all has been the outrage some expressed. Outrage that under the beautiful and beloved exterior there actually is sin—horrible, dirty sin and plenty of it.

There is the celebrity pastor who allegedly seduced and slept with a woman then demanded that she take the morning after pill. There is the Christian mom and writer who divorced her husband and is now in a homosexual relationship. There is the worship leader who has called same-sex marriage refreshing.

While the media makes gossip and ignobly base stories typical, the church has taken care of sensationalizing—even idolizing—these people. Each of the aforementioned has somehow risen to a place of prominence in the church: we buy their albums, read their books, listen to them speak, glory in their popularity and claim our support helped make them so. If there is so much of a breath or a whisper of Christianity in something we grab onto it as the very essence of truth. We put these people where they are, we no longer really know why or how exactly, and when they make assertions or act in ways that are contrary to Scripture, we don’t know how to deal with it.

We have desired so much to have spokespeople who will stand up for Christianity in the face of the world that somewhere, amid perhaps an honest desire to reach the lost through their ministries, we have become aggrandizing. We hope their importance and acclaim will make the gospel more appealing and make Christians seem important in a world that thinks nothing of them. The emotional and sensational appeal to a wider (and more easily manipulated) audience, anyway.

The gospel has never been sensational or popular, though. God chose the foolish and weak things to shame the wise and strong. This wasn’t accidental. God was purposeful in choosing something that was despised in the world to save sinners. But we adore famous Christians because their platforms are so wide, their locutions so compelling, and their influence so far-reaching. We need these people because our small lives will never matter in the kingdom of God. These celebrities can offer the best to God. This is reminiscent of Saul’s bleating sheep. He wanted the best of the flocks, so he kept the best. It is ironic that Saul’s only obedience had to do with killing the worthless and despised.

So what do we have now since sensationalism is gaining momentum in the church? We have an emotionally hyped church with no discernment, a love for the exciting and electrifying rather than the modest, and some very sad members who staked their hopes on other people instead of on their Savior. This is the price we pay for trying to be like the nations.