In this episode Jason first addresses the upcoming election and the evangelical promotion of Trump as a candidate. After that he responds to a question from a listener about certainty and the grounding of certainty in omniscience. Jason also goes into an exegesis of Romans 1:16-32 to see if the text teaches a mediate or immediate knowledge of God. Jason then ends the show with a Biblical argument for presuppositional apologetics.

In this podcast Jason goes over a wide assortment of topics. First he discusses the previous episode debate with Paul Pavao on the Perseverance of the Saints. Next Jason discusses Mother Teresa and her upcoming canonization as a Saint. Then Jason discusses a meme put together by Leighton Flowers comparing the God of Calvinism to Satan. The show is closed out with a review of an interview of Tim Keller on the Veritas Forum.

Exclusive Interview with Dave Hunt about the Gospel-less Mother Teresa

Do you believe there’s only one way to God? Tim Keller at Veritas

In this episode of the LBM Podcast we have a guest (Carl Albert) associated with the Israel Doctrine (loosely affiliated with the Hebrew Israelite movement), join us for a discussion on the ontology of the God of the Bible. Jason defends the orthodox Christian view of the Trinity and Carl promotes his self proclaimed henotheistic view of the Godhead. Carl’s view might more accurately be described as ditheism instead of henotheism as he believes that there are two ontologically identical yet separate beings of God that are worthy of worship. He believes the Bible teaches there are two Gods. The discussion goes into the Biblical texts and into the distinction between being and person. The deity of the Holy Spirit is then discussed, Jason takes the position that the Holy Spirit is the 3rd person within the one being of God and Carl takes the position that the Holy Spirit is a created being specifically the angel Gabriel.

In this episode Jason plays a presentation he did at his own Church, Bethel Community Church, on 6/12/16. The presentation is on presuppositional apologetics. Jason goes into why it is a Biblical defense of the faith and how the Christian World View is the only one that makes the human experience intelligible. 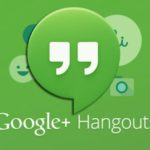 This was an open hangout. Several Christians joined in to discuss various aspects of apologetics and theology.

In this episode we discuss how science when properly applied confirms Christian Theism. Andrew, another Christian, joins the show. We discuss whether Quantum Mechanics violates the Law of Non-Contradiction. The discussion goes into to the differences between the Historical and Observable Sciences and the common blunders atheists and agnostics make when appealing to science in their objections to the Christian God.

In this episode Jason covers an assortment of topics. First he briefly covers cage-stage Calvinism, then he goes into a lengthy conversation that occurred back in Oct 2015 on Twitter with a Roman Catholic on Mary being our mediator. After that discussion Jason goes into a discussion with an agnostic/atheist on morality and how the Triune nature of God must be assumed to provide a justification for objective morals. We look into how this distinguishes presuppositional apologetics from evidential and classical apologetics.

Is the atheist making a coherent claim when he says that he has a lack of belief in a god? Today Jason goes into this question and examines it to see if there is any justification to the claim. Jason also goes into the meanings of the terms “atheist” and “agnostic”. We examine if atheists consistently use these terms. Jason examines what Scripture says about whether people know that God exists and what the Bible says about the faith a Christian has.

In this episode Jason finishes up the topic last week on postmodernism and its impact on the Church. Jason then goes into the topic of how unbelievers borrow from the Christian world view. Unbelievers will by necessity have to borrow meaning, purpose, objective morality, uniformity, rationality, human value and dignity, universal laws, objective truth and consciousness from Christianity even though they deny the truthfulness of Christianity.

In this episode Jason goes over the Transcendental Argument for God (TAG) from within the Presuppositional Apologetic. TAG is a specific argument to address atheism. We go over multiple formulations of TAG. At then end a small portion of a debate between William Lane Craig vs Lawrence Krauss is reviewed to demonstrate the differences between evidential and presuppositional apologetics.