Does John 1:1 teach that Jesus is God? 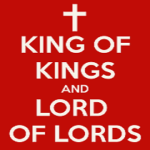 Literal Translation: In beginning was the Word, and the Word was with the God, and God was the Word

John 1:1 is a much attacked verse in Scripture by those that deny the deity of Christ. This can be well understood as this text clearly does proclaim the eternality and deity of the Word. The contended text is the phrase at the end of the verse “and the Word was God” (καὶ θεὸς ἦν ὁ λόγος, kia theos en ho logos). This is literally translated “and God was the Word”. The word “theos” in this phrase is anarthrous, meaning it has no definite article, because it is anarthrous the Jehovah’s Witnesses claim they are justified in translating this text as “and the Word was a god”.

Let us get back to the claim that when the word “theos” is anarthrous therefore it needs to be translated as “a god”. If this is true then multiple texts in the New Testament are turned on their head. They even become somewhat humorous in their rendering and even the NWT translation does not translate these as “a god”. In all examples given below the NWT does not translate the anarthrous “theos” as “a god” or lower case “god” except in one instance of it in John 1:18.

All the scriptures below contain anarthrous (no definite article) uses of ‘theos’ just like John 1:1:

The reason the apostle John does not use the Greek article (ὁ, ho) before the word (θεὸς, theos) here is for a particular purpose. The apostle John was being very careful to avoid using language that would support or promote Modalism (Sabellianism). If John had included the definite article “ho” before the word “theos” he would have been saying that the words are interchangeable, synonyms. In other words the Word was God and God was the Word. This would then mean that since the Father was God the Father would also be the Word and the Word would be the Father. There would be no distinction between the persons of the Trinity. The rest of the New Testament is consistent with John’s efforts here to distinguish the persons of the triune God. John was a monotheistic Jew, he believed Deuteronomy 6:4, so he was not promoting another different ontological god by which all things were created. Dr. A. T. Robertson a well respected Greek scholar says the following about John 1:1.

And the Word was God (kai theos en ho logos). By exact and careful language John denied Sabellianism by not saying ho theos en ho logos. That would mean that all of God was expressed in ho logos and the terms would be interchangeable, each having the article. The subject is made plain by the article (ho logos) and the predicate without it (theos) just as in John 4:24 pneuma ho theos can only mean “God is spirit,” not “spirit is God.” So in 1 John 4:16 ho theos agape estin can only mean “God is love,” not “love is God” as a so-called Christian scientist would confusedly say. For the article with the predicate see Robertson, Grammar, pp. 767f. So in John 1:14 ho Logos sarx egeneto, “the Word became flesh,” not “the flesh became Word.” Luther argues that here John disposes of Arianism also because the Logos was eternally God, fellowship of the Father and Son, what Origen called the Eternal Generation of the Son (each necessary to the other). Thus in the Trinity we see personal fellowship on an equality. – Dr. A. T. Robertson

There are many places in the New Testament that the Greek word “theos” exists without the definite article and the proper translation for that text is “a god” but the proper translation is determined by the context of it’s usage. In the same way in English we use the word “god” for both almighty God and false gods. Which meaning applies is determined by the context of the word. In John 1:2 the Word already existed with God at the beginning. In John 1:3 everything that has been created was created by the Word. Isaiah 44:24 say that Yahweh created the Universe all by himself. If the Word is a separate ontological being that created the World with Yahweh then Yahweh did not create all by Himself. The Word is the source of life in John 1:4. In John 1:6-8 the Word is light and there was a man, John the Baptist, that was sent to bear witness of that light. In Mark 1:3 John the Baptist is said to be the fulfillment of Isaiah 40:3. He is the one preparing the way of the Lord (Yahweh). Lord in Isaiah 40:3 is the tetragrammaton (יהוה YHWH) the unspoken name for God. In John 1:9 the Word is the true light. In John 1:12 He is the one who gives people the right to become the Children of God. In John 1:14 the Word receives glory from the Father. Isaiah 42:8 say that Yahweh gives His glory to no other. If the Word is a separate ontological being then why is God giving His glory to Him when Yahweh himself says He gives His glory to no other. In John 1:18 it says that “No one has ever seen God; the only God, who is at the Father’s side, he has made him known“. Both of these words for God (theon and theos) in verse 18 are anarthrous (no definite article). Here even the Father is called theon without a definite article. If the Watch Tower Society was consistent they would have to translate verse 18 as “No one has ever seen a god”. There is no justification for translating John 1:1 as “a god” as the context destroys that and the anarthrous “theos” does not require it as JW’s will often claim. Jesus is God.