Does Colossians 1 teach Jesus is God? 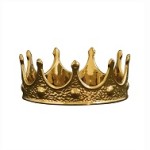 Colossians chapter 1 is a beautifully written text of Scripture that clearly demonstrates Jesus Christ as God and the Creator of all things. It is however one of the most attacked texts next to John 1 and Philippians 2 by Arian type cults like the Jehovah’s Witnesses.

Colossians 1:12 giving thanks to the Father, who has qualified you to share in the inheritance of the saints in light. 13 He has delivered us from the domain of darkness and transferred us to the kingdom of his beloved Son, 14 in whom we have redemption, the forgiveness of sins. 15 He is the image of the invisible God, the firstborn of all creation. 16 For by him all things were created, in heaven and on earth, visible and invisible, whether thrones or dominions or rulers or authorities—all things were created through him and for him. 17 And he is before all things, and in him all things hold together. 18 And he is the head of the body, the church. He is the beginning, the firstborn from the dead, that in everything he might be preeminent. 19 For in him all the fullness of God was pleased to dwell, 20 and through him to reconcile to himself all things, whether on earth or in heaven, making peace by the blood of his cross. ESV

The part of this passage that are most contended is the term “firstborn” (Greek: πρωτότοκος Transliteration: prōtótokos) in verse 15. The Hebrew equivalent “bĕkowr” (Hebrew: בכור) translated as “firstborn” is very common in the Old Testament and is used with two different meanings that can be seen from the context. The translators of the Greek Septuagint (LXX) translated the Hebrew word “bĕkowr” (firstborn) to the Greek “prototokos”.

This is the same word used by Paul here in verses 15 and 18. In the Old Testament the term “firstborn” most often carried the meaning of a temporal order in the birth of the sons of a father (i.e. Gen 41:51, Gen 27:32, 1 Chr 2:13). Meaning quite literally the first born son. Another meaning, less used, was a position or title of preeminence and authority not necessarily the literal meaning of the first born son (Jer 31:9, Ex 4:22, Ps 89:27). This title or position of preeminence would be similar with another positional term like “king”. It carried the meaning of the preeminent and inheriting one. We can see that from the following series of verses.

Paul in the same way here in Colossians 1:15 is saying that Jesus has the preeminent position over all of Creation. He is the inheritor of all things and all thing were made by Him and for Him (Col 1:16). Psalms 89 is a Messianic Psalm and in that Psalm (v. 27) God is saying that He will make Jesus the firstborn (the authoritative, preeminent and inheriting one) and the highest of the kings of the earth. This is obviously a statement about position. Paul must have had this Psalm in mind when he wrote Colossians 1:15. Jesus, as the God Man, has been given authority over all things (Jn 17:1-2, Mt 28:18). He is the preeminent one (Col 1:18) and He has inherited all things (Heb 1:2). He is the “firstborn”

Those with the presupposition of Arianism will often argue that the the term “prototokos” is in the genitive therefore the “firstborn” is a part “of” the creation. They argue this text is saying that Jesus is the first of God’s Creation. The problem with this interpretation is they are forcing the “temporal order” meaning of “firstborn” onto the text because they presuppose that Jesus is a created being. If “firstborn” is positional and not a temporal order as Psalm 89:27, a Messianic Psalm, uses it then the use of the genitive “prototokos” would not be a problem. It would be like saying “the king of all creation”. The genitive would be descriptive instead of possessive. The Greek genitive has multiple modifying substantives (functions as adjectives) and both the possessive and descriptive are allowed and are determined by context. The context, he has a kingdom (Col 1:13), all created things are for Him (Col 1:16), He is the head of the Church (Col 1:18), and in everything He is preeminent (Col 1:18) demonstrates the application of the Psalms 89:27’s positional use of the “firstborn” as the correct interpretation. When the word “firstborn” is used in the context of being temporal the genitive would be possessive; when it is in a context that denotes its’ use as positional then the genitive would be in the descriptive case.

The conclusion has been established. Jesus holds the position of the “firstborn” given to Him by the Father. He is the “Firstborn” of creation.